Anna d’Errico (IT): The repertoire of Anna D’Errico ranges from classical music to that of the present, with a special interest in the latter that has led her to establish working relationships with some of today’s most intriguing composers. She is regularly invited to appear in many international concert halls and to take part in recording projects. She has worked with composers like Helmut Lachenmann, Salvatore Sciarrino, Enno Poppe, Georges Aperghis, Brian Ferneyhough, Beat Furrer, Rebecca Saunders, Heinz Holliger, and conductors of the caliber of Peter Eötvös, Lucas Vis and Matthias Pintscher. She collaborates with the Algoritmo Ensemble, under the direction of Marco Angius; she is a founding member of Ensemble Interface, and has appeared with Ensemble Modern and Ensemble Linea. As a teacher specializing in contemporary repertoire and techniques, she regularly takes part in workshops for composers and performers in Italy and abroad, and in interdisciplinary education workshops involving music and other languages. She was named Creator in Residence for 2013 at the Tokyo Wonder Site. 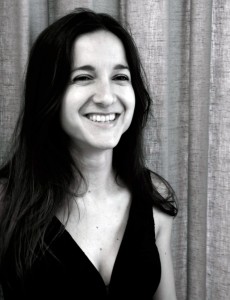