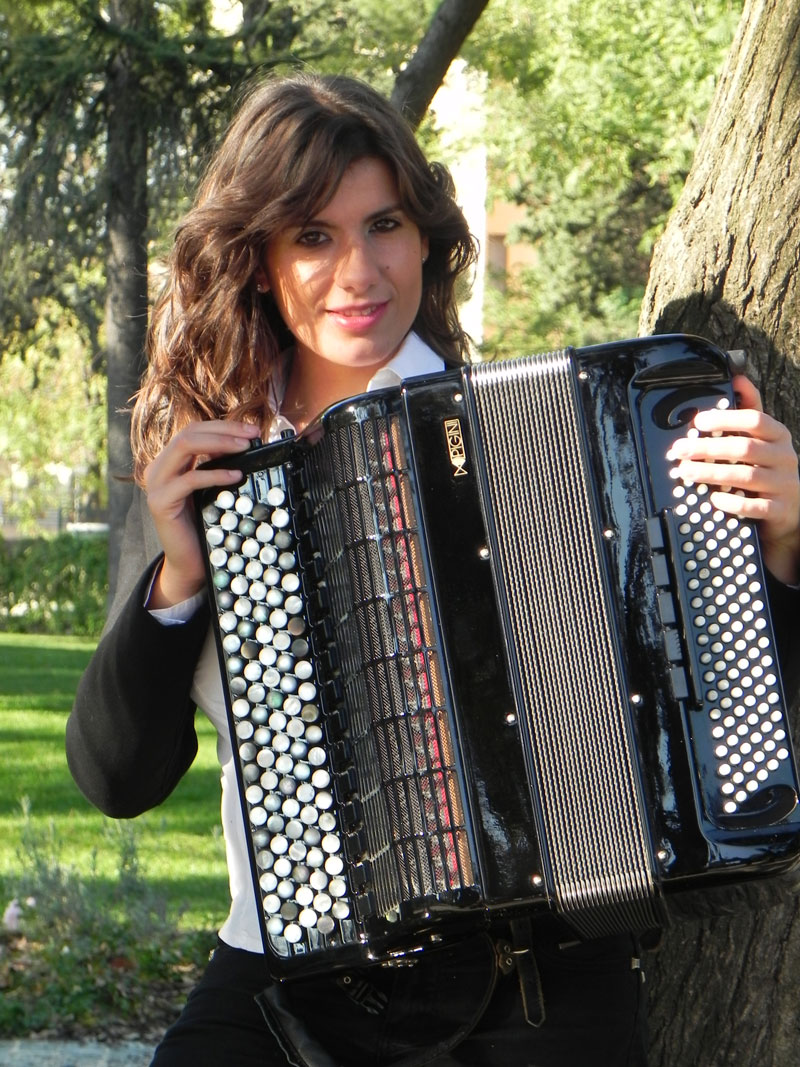 Sària Convertino (IT): Sària Convertino was born in Mottola in 1987. She began studying the accordion at the age of eight, and then moved on to study of the bayan with the chromatic system in 2005, under the guidance of Massimiliano Pitocco at the S. Cecilia Conservatory in Rome, where she graduated with honors in 2008. In March 2011 she took a Masters degree with honors at the same Conservatory. She has performed in concerts as a soloist and participated in many regional and national competitions, taking first place. Among international competitions, in 2003 she was selected to represent Italy at the Trofeo Mondiale C.M.A. World Trophy (junior), and then participated in Hungary at the finals, taking first place in the Coupe Mondiale Junior. She is a teacher at the S. Cecilia Conservatory in Rome, in the Pre-Academic Courses, and at the D. Cotugno music high school in L’Aquila.